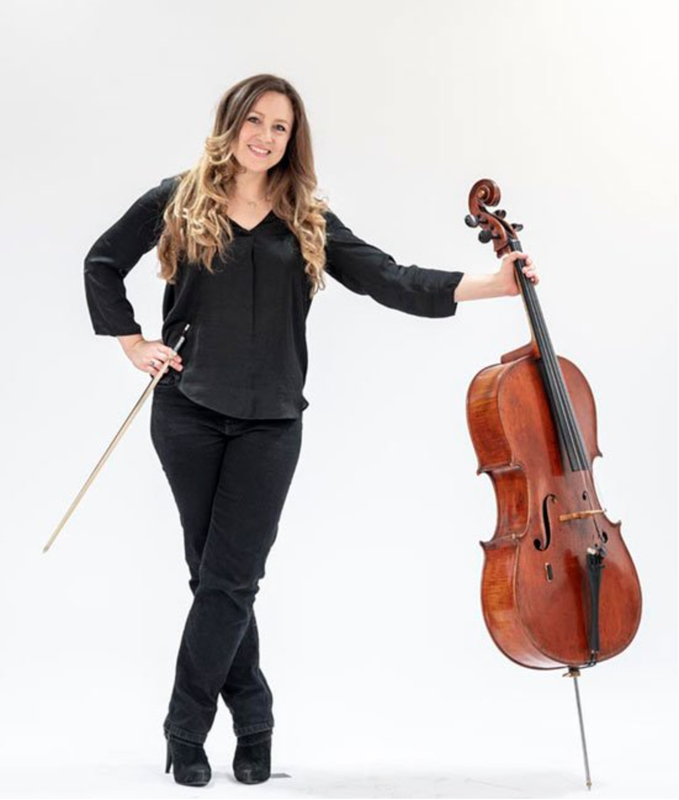 Since graduating from the Royal Academy of Music, Bryony has enjoyed a diverse career which has taken her everywhere from London’s Royal Albert Hall to the deserts of Oman! She has toured with Adele, recorded for artists including Madonna, Kanye West and Stormzy and performed live with Beyonce, Elton John and Robert Downey Jnr, amongst many others.
For the last twenty years she has been a member of the Pavão Quartet, with whom she has travelled the world, been nominated for a Classical Brit Award and recorded for Universal, Decca and Deutsche Grammophon. Their music has been broadcast on BBC Radio 2, Radio 3 and Classic FM, as well as other stations worldwide, and their collaboration with Eric Whitacre on his disc, Light And Gold, won a Grammy Award in 2012.
Bryony has performed as a solo cellist on numerous television shows, including Jonathan Ross, Parkinson and The One Show; she can be heard on Countryfile and the theme and incidental music for Rick Stein’s television series. The 2017 BBC 1 drama series Love, Lies and Records features solo cello music written especially for her.
​Orchestral playing has included concerts with the London Philharmonic Orchestra, London Concertante and as guest principal with Orchestra of the Swan and New London Soloists. Whilst studying at the Royal Academy of Music, Bryony won the EMI Award, Hovis Prize, John B. McEwen Prize, Sir John Barbirolli Memorial Prize and an RAM Foundation Award. She was made an Associate of the RAM in 2017.
opening concert - 15 july
grand finale - 24 july
© Islington Festival of Music and Art
Registered Charity Number 1198568