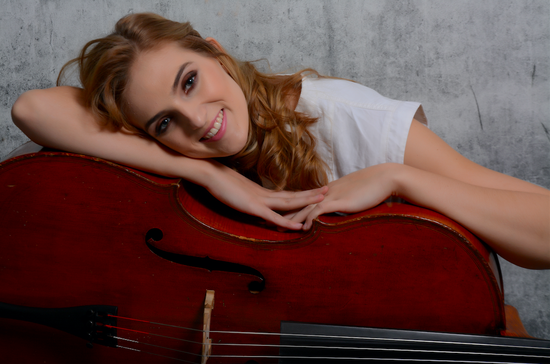 Corinna Boylan   completed her MA at the Royal Academy of Music in September 2017  studying under Josephine Knight; she also holds diplomas from The Juilliard School and Columbia University.  She    has appeared on BBC3, Classic FM, and ARTE Classic. She can be heard on Berlin Classics,  Chandos  Classical, Signum Records, and Rubicon Classics. She was a member of Southbank Sinfonia with the sponsored  Leverhulme  seat for the 2018 season and she is currently a  Leverhulme  Fellow with Pro Corda.  Corinna    has performed  internationally  at festivals and concert  across the world. She has had the honour to play  for    peadgogues    such as    Andres Diaz, Colin  Carr, Hans Jensen, Melissa Kraut, Clive  Greensmith,  Joel  Krosnick,  Anssi  Karttunen,  and Gustav  Rivinius.  Corinna is the recipient of several awards and accolades, including every single musical prize awarded from Columbia University. During her time at Juilliard, Corinna received named scholarships annually, and attended Columbia on a full scholarship. She also works as a soloist, chamber musician, and freelances with several orchestras in and around London.
© Islington Festival of Music and Art
Registered Charity Number 1198568