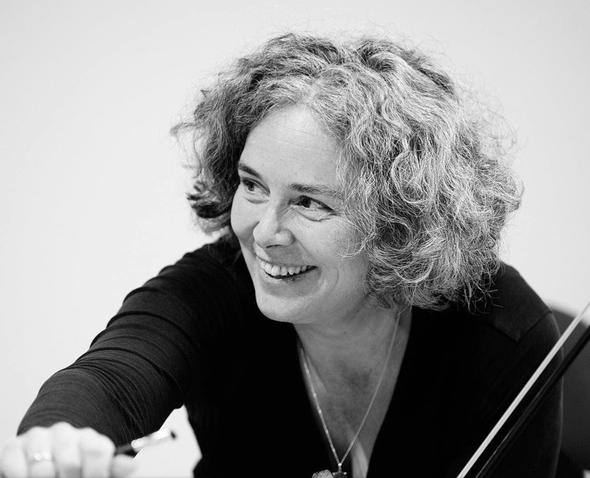 ​Dorothea Vogel was born in Switzerland and studied with Rudolf Weber in Winterthur.
Whilst playing principal viola in the Gustav Mahler Youth Orchestra she developed a taste for travel
and received scholarships to study with Paul Coletti at the Peabody Institute, USA, and then with
David Takeno and Micaela Comberti (baroque viola) at the Guildhall School in London, where she
graduated with the coveted Concert Recital Diploma.
Chamber music has always been a big part in Dorothea’s life. As a sixteen year old she founded her
first string quartet. When she finally settled in England, she left that quartet and worked as a
freelance violist in most of the London orchestras (London Symphony Orchestra, Philharmonia,
London Philharmonic Orchestra, Royal Philharmonic Orchestra, BBC) whilst also having a busy career
as the principal violist in Kings Consort and other baroque ensembles; one of the highlights being an
appearance as the soloist in Vivaldi’s Concerti for Viola d’Amore at Wigmore Hall.
She then joined the Allegri Quartet, and has been busy playing concerts all over the country and abroad.
Chamber music and gut strings being one of her special interests, she is also the violist of the
Narratio Quartet in Holland, who were formed in order to perform all the Beethoven Quartets on
gut strings, and her Primrose Piano Quartet recorded all the Brahms Piano Quartets using three
different pianos of the period in Vienna after conducting research on Historically Informed
Performance in a seminar at the Birmingham Conservatoire.
opening concert - 15 july
grand finale - 24 july
© Islington Festival of Music and Art
Registered Charity Number 1198568